Posts involving all U.S.A. and C.S.A. military operations in during the Civil War.

The Battle of Franklin, fought on November 30, 1864, has been considered by many to be one of the bloodiest battles of the American Civil War. In the course of 5 short hours, the Confederate Army of Tennessee thrust itself against a strongly entrenched Federal force under the command of John Schofield. Despite their great […] 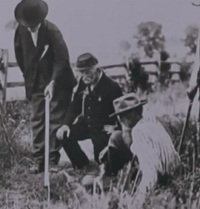 Over 149 years ago Gen. Robert E. Lee’s Confederate Army fought an epic battle against the North’s Gen. George Meade. The result of this battle shaped the course of America and affected also that the World. Regardless of which side you are partial to you have to wonder what would have happened in World War […]